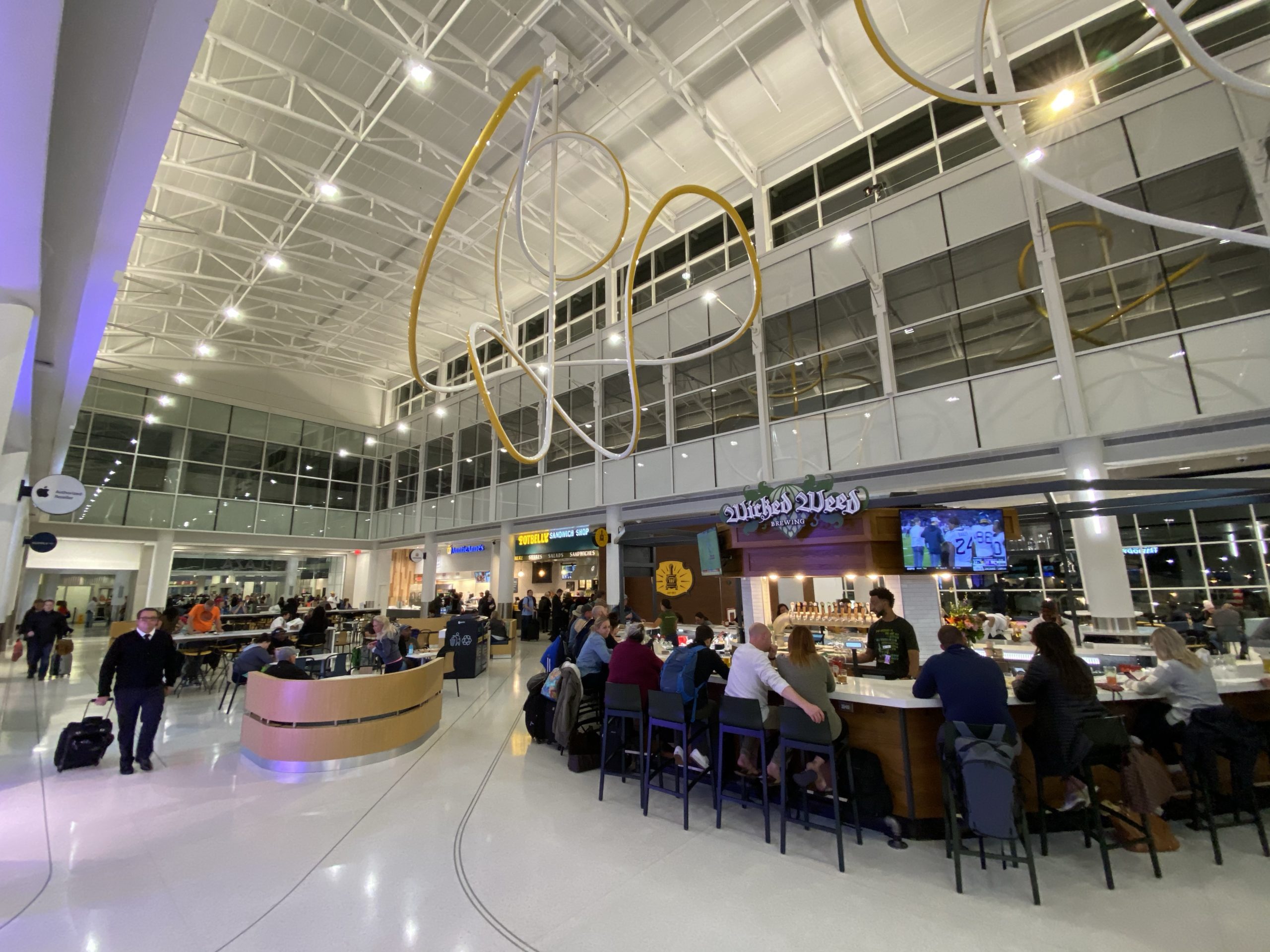 After multiple years of construction, Charlotte Airport opened the east terminal expansion today. The area, called “The Plaza” offers a variety of dining options. From larger franchise chains like Aunt Anne’s, Bojangles or Potbelly Sandwich Shop and Shake Shack, to North Carolina favourites like the Asheville based Wicked Weed Brewing. There is also an Apple authorized retailer (iStore), The Body Shop and a second Minutes Suites location.

Prominently featured in the middle of the plaza is an artwork called “Loops” from German-born artist Christan Moeller.

The 59,000 sqft expansion cost 39 million USD to complete, and despite the Plaza also offers better access to the regional jet E concourse, one of the busiest areas of the airport.