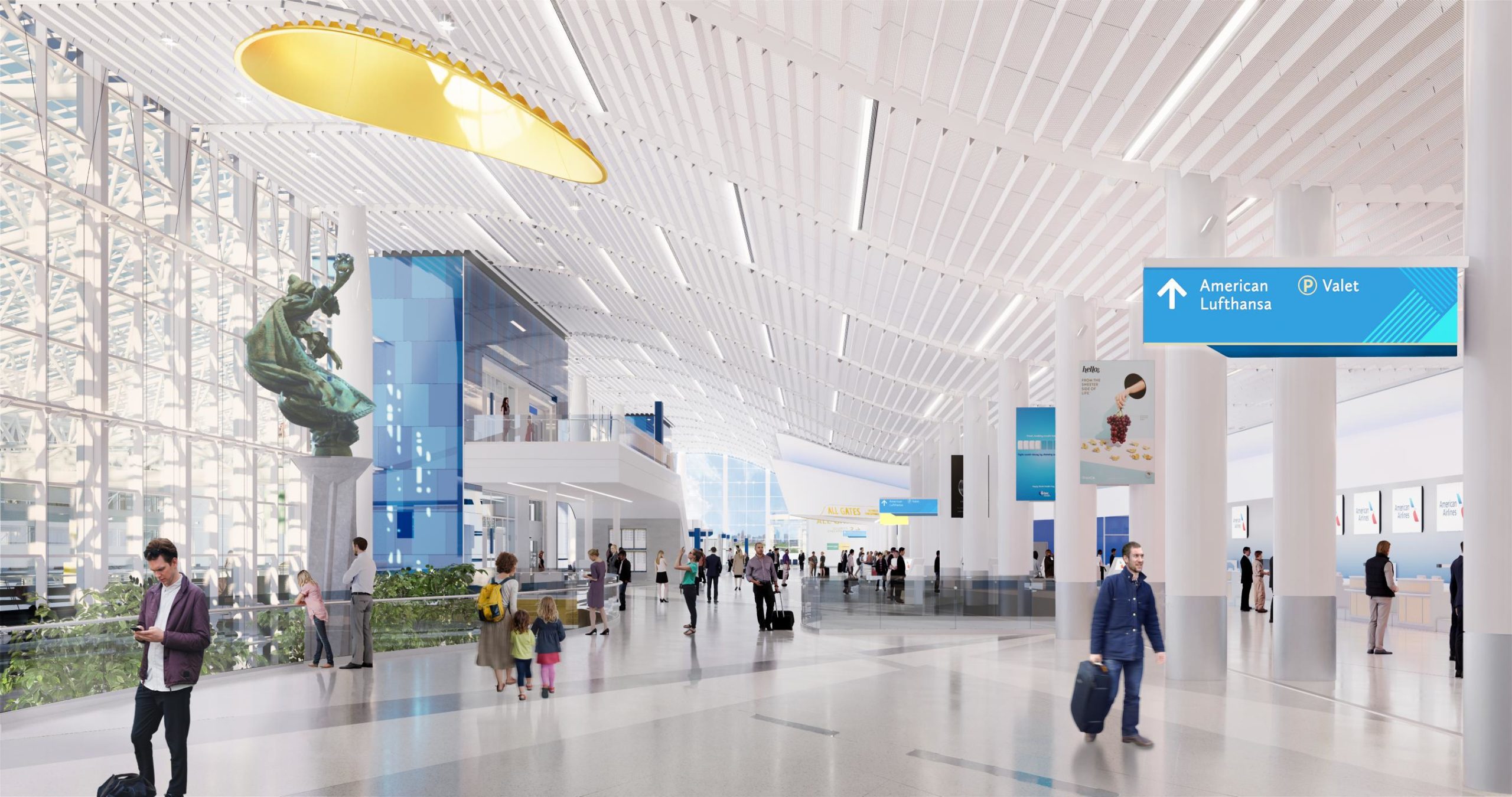 On Monday, Jack Christine, the COO of Charlotte Douglas International Airport, broke ground on the next phase of Destination CLT. This is one of the most signature parts of the airport renovations, a $600M expansion of the Terminal Lobby. This expansion adds 370,000 squarefoot of Terminal space, as well as a huge 150,000 sqft curbside canopy to cover the new elevated driveways.

Completion is scheduled for 2025 and the impacts during the construction will be quite significant. In a video, published by the architects and the airport on their official youtube account, changes to passenger flows and closure of different areas in the terminal building and baggage claim area become very apparent – And the already crowded building will become even more congested.

The terminal lobby expansion is a major part of a larger $3.1 billion investment in making the airport an “Airport fit for a Queen”, in reference to Queen Charlotte, the namesake of the city. Other construction include more A North terminal expansions, a fourth parallel runway, renovations and expansions of the B and C concourses as well as the just recently opened East Terminal Expansion. We will see lot’s of dust over the course of the next years.