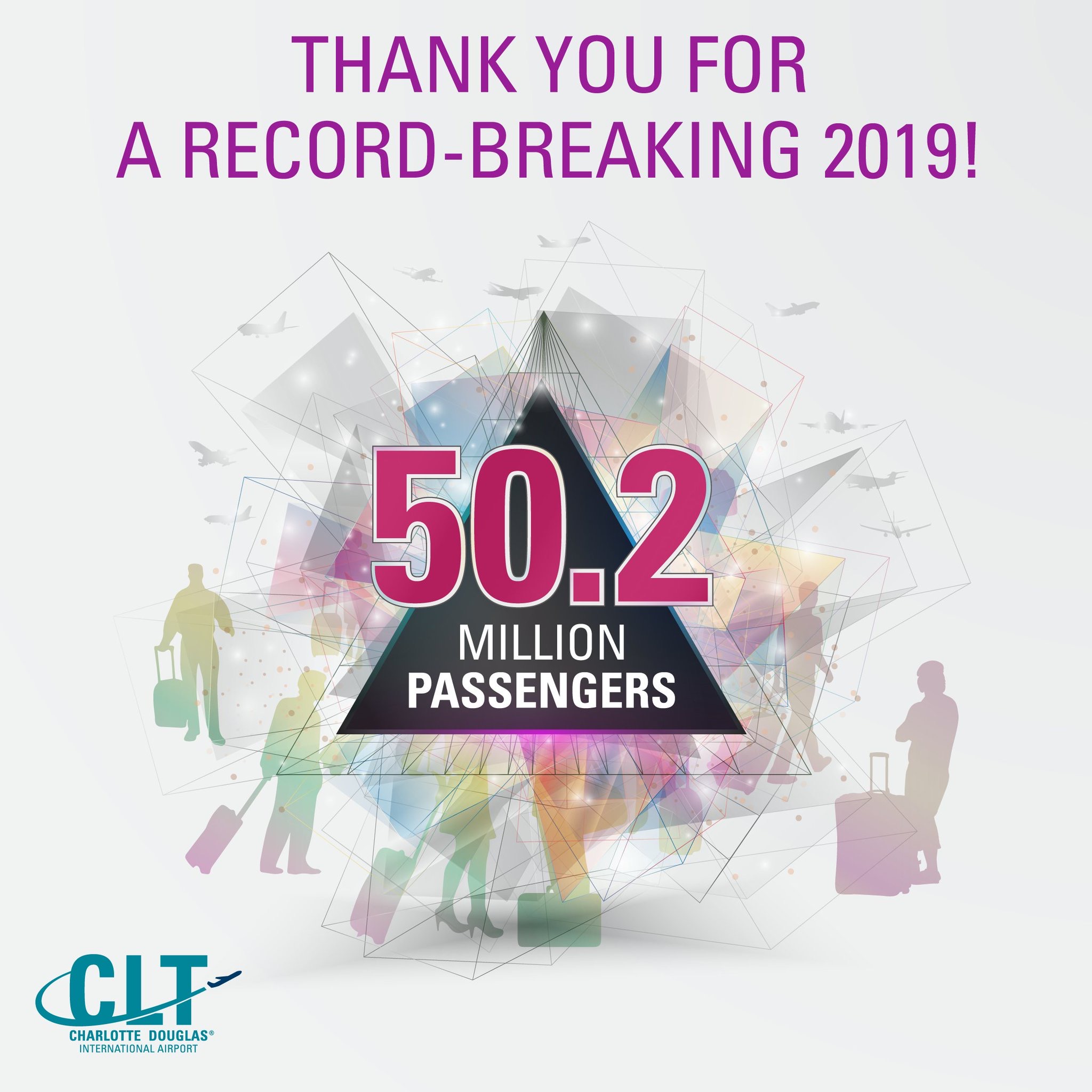 It has been a record year for Charlotte in 2019, with new gates in A concourse assigned to American Airlines and plenty of new flights. Record amounts of money are invested into terminal renovations and new buildings. And now, on Tuesday, Charlotte Douglas Airport Authorities also reported record numbers for amount of passengers. For the first time in Airport history, and after a few years of negative and smaller growth between 2016 and 2018, CLT reported 50.2 million customers, a 7.8% increase over 2018.

Also for the first part of 2020, Charlotte was on track to grow new record numbers. For the first time ever, CLT reported 700 daily flights in January, a record number never seen before. However, due to the current Corona Virus woes, it is expected that the amount of travellers will drop significantly.