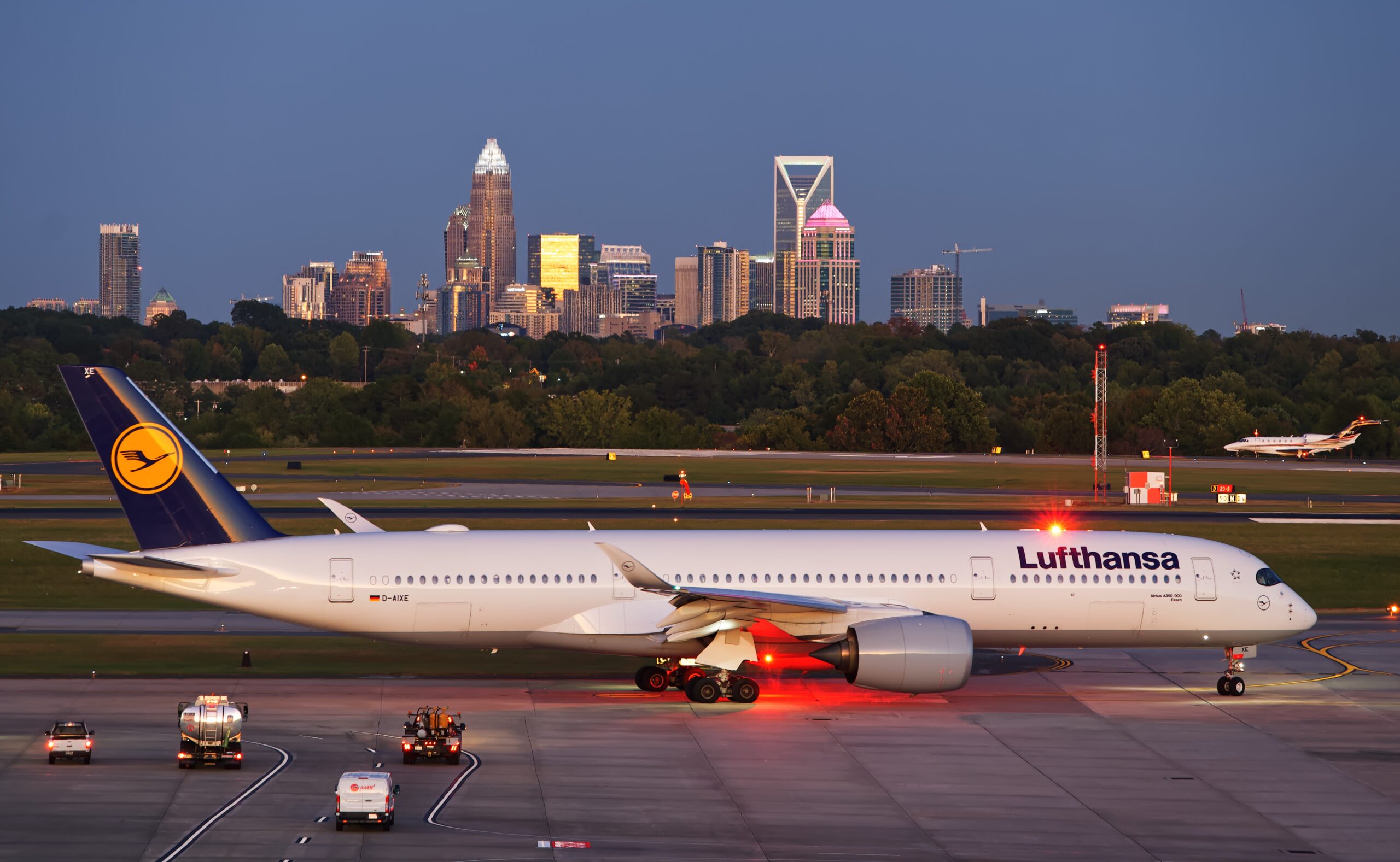 With COVID still taking over our daily news cycle, the effects have been particular hard on the travel and airline industry. Most notably for Charlotte is the retirement of the Airbus A330 planes, which has been exclusively operating out of Charlotte and Philadelphia. With the presidential proclamation, banning most travel between the EU and the USA, almost all transatlantic routes were cut temporarily as well.

Several months later, American announced that they would operate the Boeing 777 out of Charlotte instead, a silver lining in these dire times. But other than a few freight-only flights to Munich, as well as a hand full of flights to London, this did not last too long. Major reason may be the next lock-down in Europe, with rising case numbers all over the continent, as well as in the US. Demand for transatlantic travel is still extremely low – In fact, on my last flight between the US and Germany, only 22 passengers were booked on a flight with 220 seats.

These cuts are way deeper than what they appear on the surface though. Airlines focus back on major hubs, limiting their multi-hub strategy as much as possible. Best examples are American Airlines and Lufthansa – American focuses most traffic on Dallas Forth Worth, while Lufthansa has almost shut down their Munich hub in favor of better utilized and planes out of Frankfurt. But this can be found on almost all airlines with more hubs.

What this means for after the pandemic, with AA getting rid of their A330s and their new focus on fewer international hubs, remains yet to be seen. The geographic location of Charlotte, though, makes it hard to compete with Philadephia for Europe travels, Miami for South-American routes or Dallas for connections to Asia. So while Charlotte may still have been the second busiest hub in Americans system during this Pandemic, the main focus was as a domestic feeder, not as an international gateway.

We will have to wait for international travel to return. If vaccinations are widely available, our best bets are that travels will pick up again in March, with Lufthansa having scheduled MUC service again starting March 1st, American also starting up London and Munich services in February and March. Americans focus out of Charlotte may be limited to OneWorld partner hubs, such as Heathrow and Madrid, rather than leisure destinations like Rome or Athens.

What is your take on transatlantic travels? When will it return to pre-corona levels, and which airlines and airports will be winners or loosers of the situation?