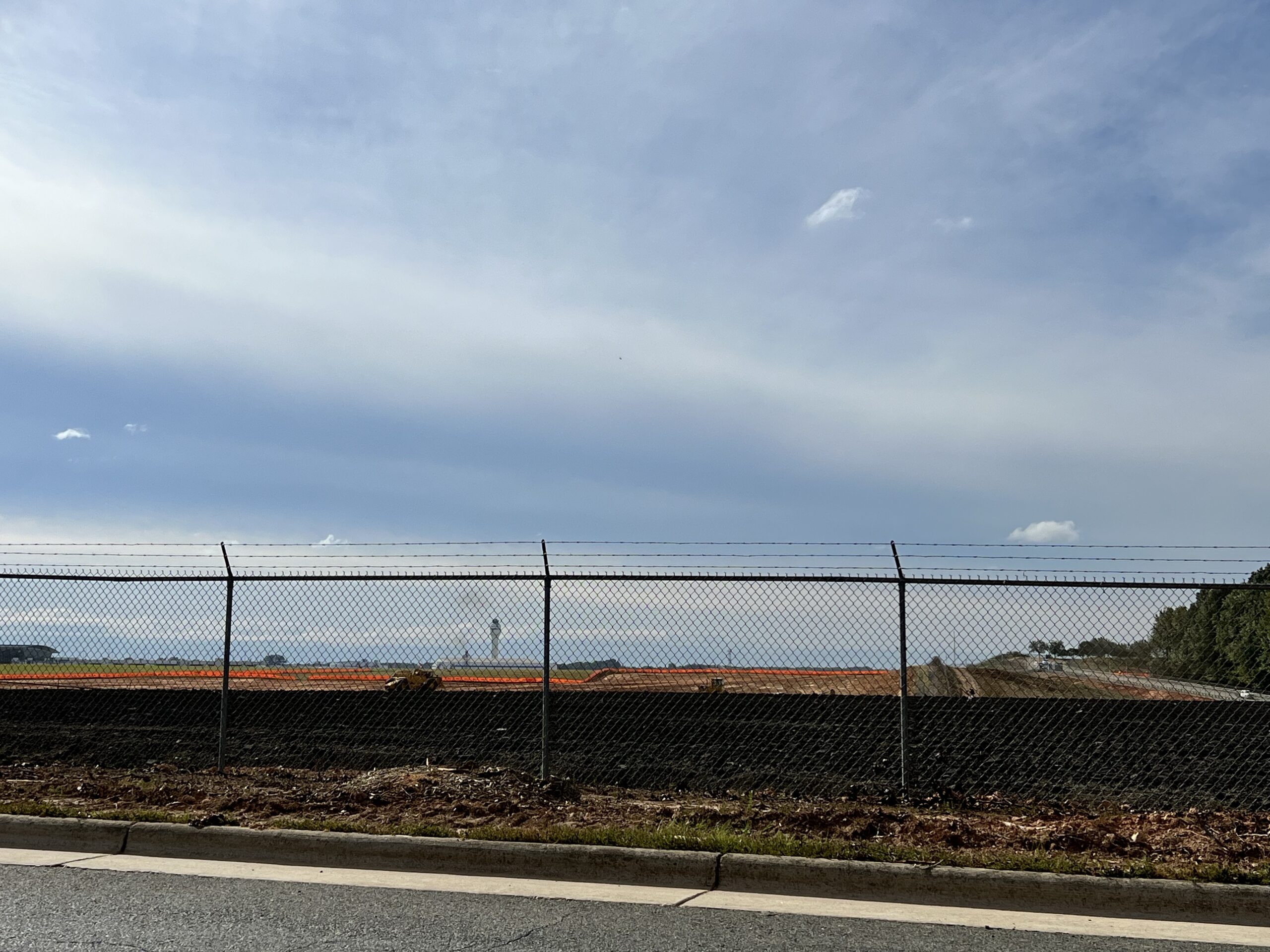 The news spread like wildfire. CLT Airport is closing the overlook park with very little heads up and will be bringing up an alternative location for the interim, until a new location is built. With two on-location dates, airport planners and executives explained their reasons for the closure and next steps for the community, showed off plans for the new location, and brainstormed additional feedback from spotters and “overlookers” alike.

I have been happy to meet with Jack Christine, COO of CLT Airport, at the overlook on the second appointment date. And while the atmosphere was very positive and we did have some good talks, the outlook for Charlotte’s spotting community for the next 2 years remains a bit unclear. But let’s summarize what is going on, and what the ultimate plans will be for the future.

The Why: In one word: Safety. The construction of the “NEAT”, as the airport planners nicknamed the North-End-Around Taxiway, requires lots of dirt to be moved. Unfortunately, much of this traffic will have to cross the airport overlook drive, making it unsafe for both, the general public and the contractor to operate heavy machinery in the area and cross the public road. With no access to the existing overlook, and the proposed new overlook using the same access road, the decision was made to close the overlook to the public and create a temporary location instead.

The Timeline: The old location will be closing on Monday, October 3rd. Two weeks later, on the 17th, the temporary overlook is planned to be opened for the public. For the new, final version of the overlook, we will have to wait a bit longer. While some optimistic estimates were given of First Quarter of 2024, I don’t expect this to be the case. From the side conversations, a more realistic date seems to be the second half of 2024.

The Temporary Location: Only accessible through Wilkinson Boulevard, as also Old Dowd Road will be closed, and access from the long term 1 lot will also be closed, the new location will sit slightly above runway level, or around the same level as the current Old Dowd Road. This enables slightly better views than concerned aviation fans have previously posted through google street view. Below are a few photos from the car, across the road of the temporary location. There will be views of the airfield in a distance, but no good skyline photo opportunities, landing- or takeoff shots or the like.
Main intention of the temporary overlook is, to keep people from “overcrowding all over the place” at the airport, and make sure people would mostly use this location. There is a concern of overcrowding near fences at other areas of the airport. While I understand this, I also raised the question that the temporary location will not fulfil the needs of plane spotters, so this goal will most likely not be achieved and spotters will still be all around the airport.

The New Overlook: With emotions running high around the airport overlook park, first plans were also presented what the new location will look like. With restroom facilities, a playground, picknick tables, a US1016 memorial and many more ideas, there are plenty of upgrades planned for the general public. It will also offer views of three runways, the current 18C in the distance, the new runway next to it as well as views of 18R on the other side. The new arrival and departure patterns are not finalized, so it is not yet clear for what traffic these runways will be used going forward. This will likely have an impact on the views of departing widebody aircraft and such.

Additional Findings and Discussions:
Live ATC – When I asked the airport staff about potential Live ATC communications via speakers, they were referring to the LiveATC app where they plan on placing QR codes at the overlook to point interested parties towards the livestream. Unfortunately, Charlotte Airport is currently not fed into the LiveATC app and therefore not available – The airport representatives were committed to look into this and if there was an opportunity to feed the streams direclty from location (subject to legal and security limitations)

Hole-in-the-Fence: As a community effort for Spotters, I also mentioned the opportunity to add hole-in-the-fence at certain, important or main spotting locations around the airport. This was seemingly an interesting idea for the airport staff, that they promised to look further into. Many airports around North America, as well as Europe, have installed these, also to control the flow of spotters as well as mark “spotter save” zones around the airfield.

First-Hour-Free: Another sore topic for many spotters was the first-hour-free on the hourly deck. While airport staff acknowledged, that the hourly deck is the best location now to take pictures, they also made clear that the first-hour-free will not come back under any circumstances. We did not discuss any other ideas but I had some after the meeting that may be worth putting forward in the future – like access to the press lot; this may, however, be difficult to introduce and maintain without a lot of additional work for the airport staff.
Old Tower: The old tower will be torn down one way or the other. This is currently in the court of the FAA, which need to assess the asbestos situation and make sure they can safely dismantle. No date has been set for this activity yet.
Accredited Spotters: This idea was just briefly touched on, similar to what Chicago’s O’Hare Airport is doing. No discussions have been made around this, it is not clear if that would be a viable option for Charlotte that the airport would be interested in.

Overall a good meeting, and it was refreshing to address these topics in person, rather than through Instagram, Facebook or other direct messages. It would be great to get a closer community outreach from the Airport to us, and I offered to be a liaison for this process. While the steps are frustrating for us as the CLT spotting community, I am convinced that over the next year we will be able to improve our standing within the Airport and be able to gain some additional spotting activities around the airfield. The “Royal Mess” and never ending constructions are frustrating for passengers, spotters and airport staff alike, but the future for CLT as an airport is very exciting. I hope, that we can take a more active role in shaping this future and our wishes are heard and understood.

1 thought on “No more Airport Overlook – What now?”